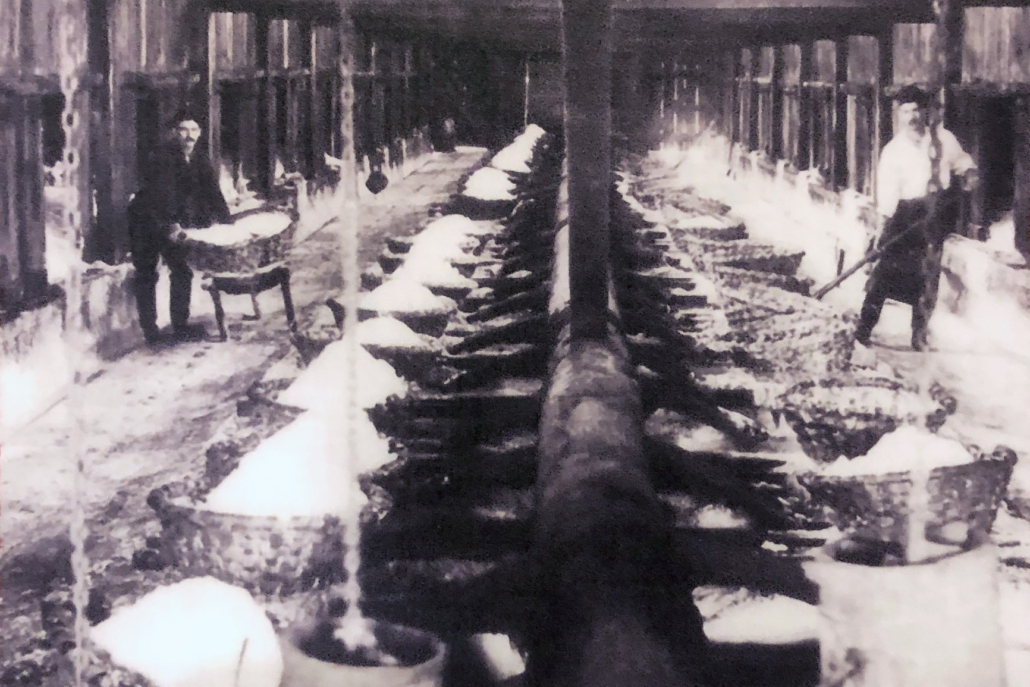 Commercial production of salt in the valley began in the 1780s. Arthur Campbell, the families of two of Patrick Henry’s sisters (Suzannah Madison and Elizabeth Russell), an Irish immigrant William King were early producers. Wells were hand-dug or bored as deep as 200 feet to salt deposits. Groundwater dissolved the salt. Brine drawn from wells was evaporated in iron kettles in wood-fired furnaces. By 1850 hundreds of thousands of bushels of salt were being produced annually at the Salt Works.