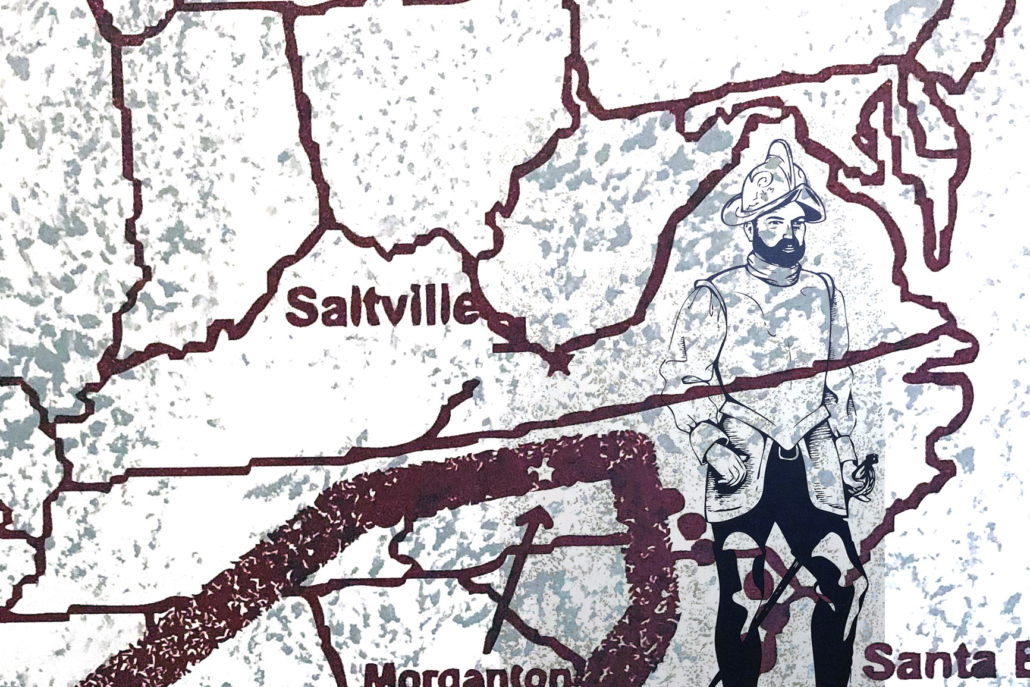 The prehistoric period in Saltville ended with the abrupt and brutal arrival of Europeans. In April 1567 a Spanish force led by Hernando Moyano attacked a palisaded Native American village located a hundred yards behind this museum. Searching for gold, Moyano had marched north from a mission near Morganton, North Carolina. When English speaking settlers reached Saltville, 175 years later, Native Americans were gone. During the intervening years, disease and departure had emptied the region.