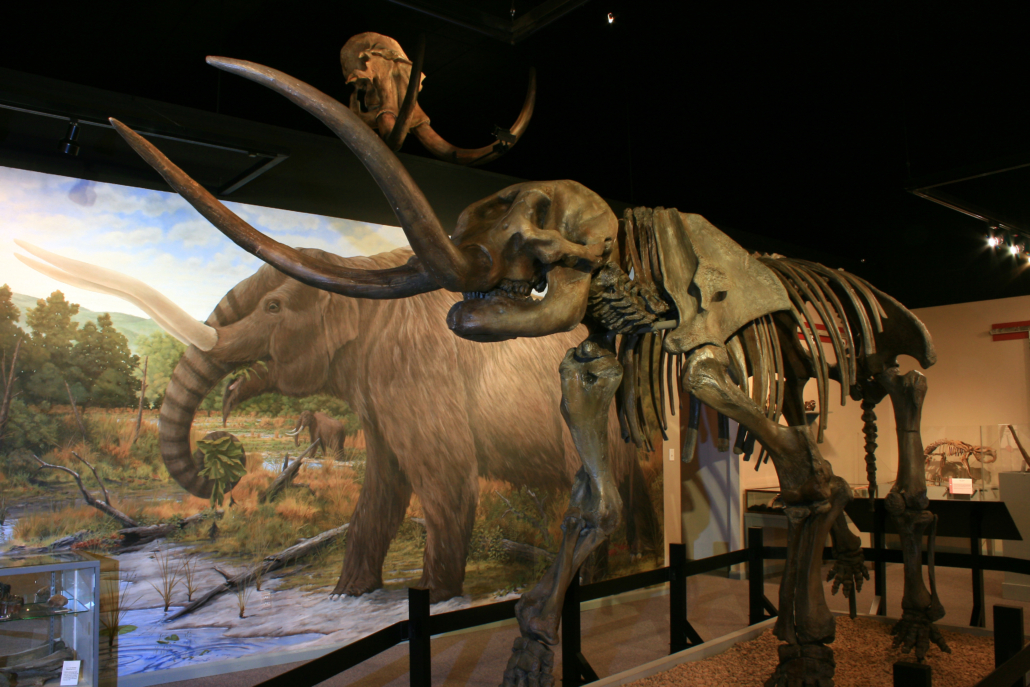 For over 220 years, Ice Age fossils have been recovered from the lake beds lying under Saltville’s marshes. The first written record was in a 1782 letter from Arthur Campbell to Thomas Jefferson describing “bones of an uncommon size”. Jefferson referred to the “salines” in his 1787 Notes on Virginia. The Saltville Valley represents one of the earliest localities on record from which fossils of the Pleistocene Age have been recovered in North America.