War Between the States Exhibit 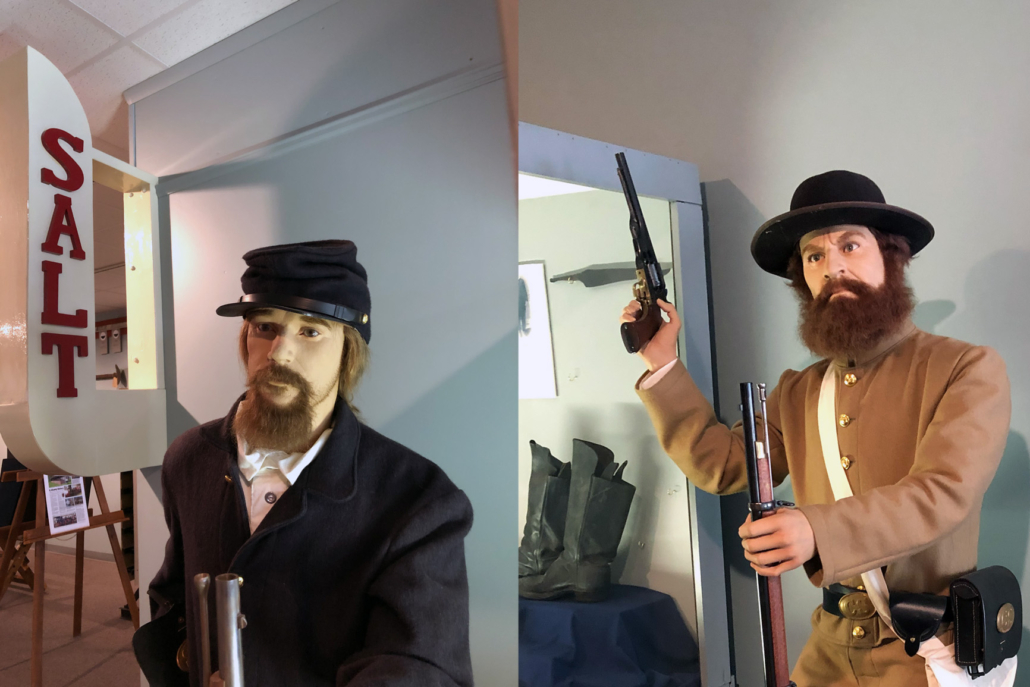 War Between the States Exhibit

With the Union blockade of Southern ports and the fall of Charleston (WV) early in the war, Saltville became the only significant source of salt for the Confederate States. Southern states from the Mississippi River east scrambled to secure a supply of Saltville salt, and the C.S.A. spent large sums and effort to fortify the Saltville Valley against Union attack. From a pre-war production of 250,000 bushels per year, the Salt Works were expanded to product over four million bushels per year by 1864.

Maj. Gen. John C. Breckinridge, former vice president of the U.S. under James Buchanan, was commander of the Department of East Tennessee and Western Virginia when both Battles of Saltville occurred. In February of 1865, he was appointed the last Secretary of War of the Confederacy.